On Noticing and the ‘Stubborn Light’ of Nature

There’s been a resurgence of old skills in this time of quarantine and isolation.

For some it’s clearly bread-making or cooking. You still can’t find yeast in shops here. Or knitting. Jigsaw puzzles seem ubiquitous, if that can be called a skill.

For other, including myself, it’s some of the old habits of trying to get into nature that are sustaining and even more necessary than usual.

Not necessarily wild nature either; the sandy path along the edge of Port Phillip Bay near my house has enough variety and interest to make it fulfilling and refreshing every time. It needn’t be birds of creatures you see. Often, for me, it’s the shape of the sea: its crinkled or fretted surfaces, the wind swirling across it in dark knots. Sometimes its the clouds and the light behind them. And often is just the light and what it does to transform and sustain.

So, it was nice to find a new podcast from English nature writer Melissa Harrison, aptly called The Stubborn Light of Things which is an attempt to chronicle some of her walks in the nature around her English cottage. As she says, ‘I am lucky enough to be able to walk out of my cottage straight into Suffolk’s beautiful open countryside. As spring breaks over the British Isles, and summer settles in, I’ll be taking a recorder out with me on my daily walks to document the wonder and richness of the natural world and bring it into as many homes as I can.’

I’ve listened to one episode, and it made me think about getting better at documenting the changes in my local landscape through the seasonal changes. She actually had me at her referencing of Gilbert White and the seminal Natural History of Selborne, (1789) a long time favourite of mine, so much so that a visit to the village and White’s house but her guest on the first episode made a point about noticing that I took to heart. When did the summer finally shift away? When do the tomatoes no longer ripen? What is the light doing. I’m going to try to take even more notice. 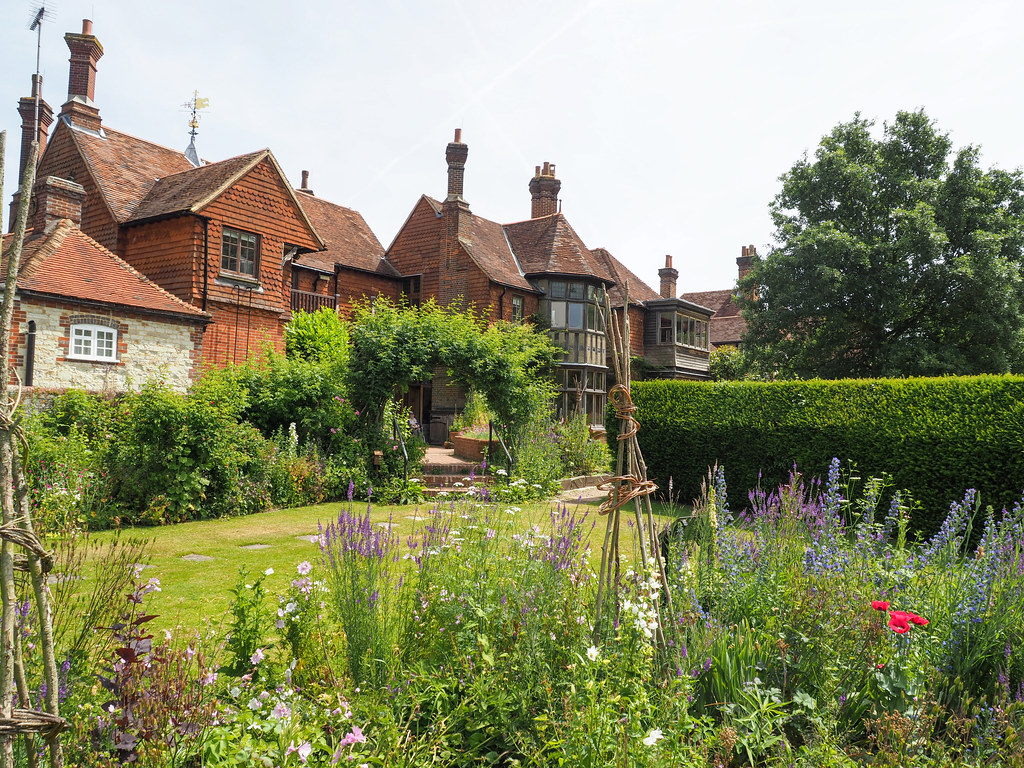 Top: the light of things through the grapevine in Autumn.
Bottom: Gilbert White’s house in Selbourne
Photos: Warrick

1 thought on “On Noticing Nature”