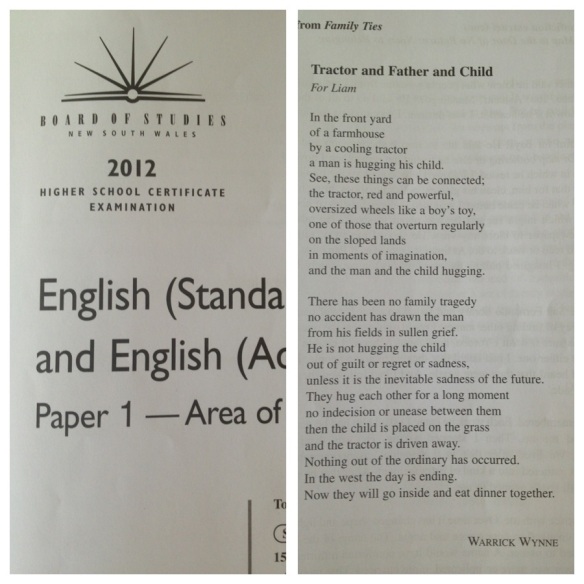 Well I expect I was just as surprised as my nephew was, sitting down in Sydney for the Year 12 English exam, to see a poem by Uncle Warrick on the paper. He said it was a bit surreal. I said he should have listened more attentively to my infrequent family poetry readings.

The poem chosen was ‘Tractor and Father and Child’, a poem of mine that appeared in my book The Colour of Maps, but I expect they found it because it has been anthologised in a collection called ‘Family Ties’, that came out a few years ago.

I didn’t know it was going on the paper, I expect for security reasons, and got a copyright agreement to sign after the event. All in a good cause I suppose, but I’m torn between fascination with what some of the forty thousand young readers doing the exam might have written about this poem, and fear at discovering what they did write! Or that they’ll all look me up and hunt me down for making their life miserable!

I don’t mind the copyright use for education and all that; and I don’t expect that I’ll be paid much, if anything. Still, it would have been nice to have a QR code or something on the exam for all those kids to look at afterwards: ‘Want to read more? Click here to buy Wynne’s poetry’. Now that would be a marketing coup!

We shall not cease from exploration
And the end of all our exploring
Will be to arrive where we started
And know the place for the first time.
(T.S. Eliot)

I like those moments that help you see a place as it might have been in the past, especially places you might have thought you knew pretty well. I’m interested in those juxtapositions of photos you sometimes see, where you overlay the historical image over the modern city, and see how much (or how little) has changed.

Couple that, with the power and pathos of the concept of dispossession and you have the potential to transform your perspective.

So it was for me recently when I was lucky enough to do the Birrarung walk with Dean Stewart from the Koori Heritage Trust. He took us along a non-descript section of the Yarra in Melbourne from near the Aquarium up to the monstrosity that is Crown Casino and allowed us a window into a different world: the world of early Melbourne as well as the place as it existed before there was such a concept as ‘Melbourne’.

It was a privilege to be allowed into the world as he sees it. He showed us images of early Melbourne, from the perspective where they were painted, but more powerfully shared with us the place as it was before: the wetlands, the crossing place over the waterfall and the smells and sounds of the birds, animals and vegetation as it was then. It was a moving experience, not just because of the passion and understanding of the place, but because of the sense of all that has been lost too.

I recommend it if you’re visiting Melbourne, or if you’ve lived in Melbourne all your life and you think you know it. You probably don’t. 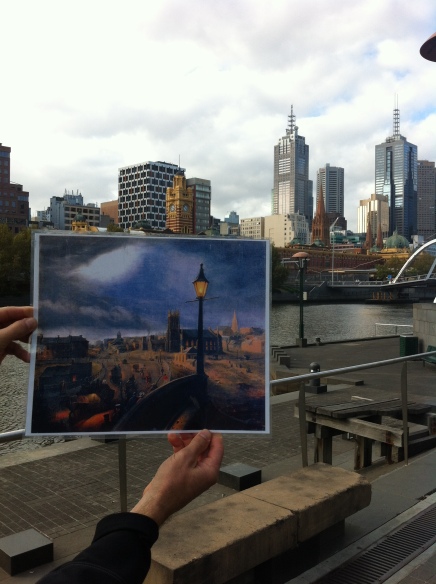 You can read more about this walk, from the AGE and the Sydney Morning Herald HERE. 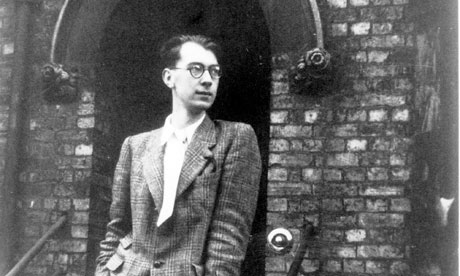 It’s twenty-five  years since the death of English poet Philip Larkin, and his city of Hull is putting on Larkin25, a celebration of his work. There’s street sculpture, theatre, readings and more. I didn’t realise that Larkin was particularly connected with any specific city; I just saw him as quintessentially English somehow, but all good writers come from somewhere. They are also trying to raise money for a statue to Larkin at the railway station from ‘The Whitsun Weddings’. I like that idea!

I hadn’t thought about Larkin for a while, but I was working with a student last year who was studying Larkin for Literature and we worked through some of those key poems together. They still hold their own, powerful for me in that twilight-y kind of sorrow and remembrance in the tone somehow.

The aim is to mark this significant anniversary in a way that is worthy of both the poet and the city with which his creative and professional life is most associated.

A lively and diverse programme of exhibitions, events and projects inspired by Larkin’s life and work and his passionate love of poetry, music, photography and prose will engage residents and visitors alike in a range of arts activity and cultural events.

The quality of the commemorative events will be world class, worthy of a great, internationally renowned, poet and of his adopted city. Using Larkin’s artistic achievements as a catalyst, Larkin25 will present spectacular city centre celebrations, new work commissioned specifically for the festival, readings, lectures, and a high quality programme of performances and exhibitions.

Larkin25 presents a unique opportunity to take a first look at Larkin, or to take another look at the life and work of this brilliant and complex man. We invite the world to participate in, and enjoy, what promises to be a remarkable year of commemorative activities.

I’m looking forward to participating in the Cube 37 Writers’ Symposium in Frankston on Saturday morning. Organised by local writer Garth Madsen, the symposium is intended to raise awareness and create interest in establishing an ongoing literary program at Cube 37 in Frankston for 2008-10. I’m giving a brief keynote address, focusing on the need for this kind of program on the Mornington Peninsula, particularly for students and young people with limited transport access.

Full details from the flyer are below:

Are you interested in the literary arts or writing in general? You are invited to come and discuss writing in the Frankston district. Bring your ideas and listen to those of others.  Included on the morning’s agenda are plans for a series of workshops and discussion forums to be held at Cube 37 in 2007 and 2008 for local writers.  The symposium takes place during the morning before the afternoon’s Frankston Poetry Spectacular at Cube 37.

Keynote speakers will include Steve Grimwade (VWC), Owen Quayle (FAW) and Warrick Wynne (PAF). The convenor will be Garth Madsen.

Warrick Wynne is a widely published poet and teacher who has lived on the Mornington Peninsula for thirty years. His writing focuses often on the Peninsula landscapes, particularly the rivers, streams and bays. He is the author of several resource books for senior English students and three books of poetry, the most recent being The State of the Rivers and Streams (Five Islands Press). His website is at http://warrickwynne.org/

Steve Grimwade is an editor, broadcaster and writer who loves the independent press and the spoken word. He was the Director of the Emerging Writers’ Festival for both 2006 and 2007, Program Manager at the Victorian Writers’ Centre for five years and has edited and proofread books for a range of publishers. Steve co-hosts 3RRR’s books/writing/spoken word show Aural Text and co-edits the lit-mag Going Down Swinging.

Owen Quayle is the president of the Mornington Peninsula Branch of the Fellowship of Australian Writers. Owen joined FAW twelve years ago and was surprised to find that the branch was made up of mainly women. In a moment of weakness, he accepted the position of president and has been either leading or following this gallant band of writers ever since. He’s not complaining.

Garth Madsen is the man who put the angst back into Frankston. He has been the self-appointed poet laureate for the city since he arrived here in 1994. Garth has published over 200 poems, 100 stories and won more than 50 literary competitions. He is editor-in-chief for the Union series of chapbooks and has co-edited anthologies on grief and Aussie Rules football. His collection Portraits of Rust was published in 2003 by Five Islands Press.

The current issue of Five Bells features articles from the Sydney forum I convened on poetry in schools.

I’m about to leave the school where I’ve been teaching after thirteen years and thought I’d just put up a snapshot of the last Writers Club page. One of the most rewarding things I’ve been involved in over all this time has been working with students who want to improve their writing. We met weekly to discuss writing and books, to workshop writing, and to plan for visiting writers and excursion. I was always a little surprised that a group of somewhere between half a dozen and fifteen students would give up their lunchtime and come and work on their writing. Surprised and delighted. The web page above was a showcase for what was going on with the group. I don’t expect it will be maintained in the same way in the future so I thought I’d grab a screen shot for posterity.

Just in case you can’t read my writing; which hasn’t improved instantly just by using a fountain pen, here’s the ‘countdown’ poem I wrote in one of the sessions this year, which is reproduced below.

Waiting for the seminar to begin

we talk of popcorn and aged yoghurt,

where to find hot water, all that

brings us together put aside

stops us, makes us

thinking about poetry
Create a free website or blog at WordPress.com.