I’ve followed Austin Kleon’s blog for a while now, and have a copy of his book Steal like an Artist, which even made my 2012 Book of the Year Final Lists, on my stack of references for core texts about remaining creative.

This week, he released his exhaustive (and exhausting!) list of things that sustained him through the wild, pandemic year of 2020′ 100 Things that Made My Year. It includes things like making collages, re-mixing Peanuts comics, making music with his family and the black-out poetry that first grabbed my attention about his work.

It inspired me to think freshly about the things I enjoyed and sustained me through a challenging year. I often do summary kinds of lists of the year (the year in numbers) and, of course, my favourite books and music of the year, but Kleon’s eccentric, introspective list made me think again about those almost invisible things that makes life livable.

One of the ones in my 100, if I can manage that many, is living by the sea. There’s something about being able to walk to the edge of something, to find that thing that borders and shapes and defines and restores.

I was talking to my Year 12 Literature class this morning about Heart of Darkness, its initial critical reception and the polarising re-evaluations since, by Achebe largely, and others as well.

It’s a part of the course called Literary Perspectives, that I initially had lots of reservations about (can we just stick to the text) but I’ve actually enjoyed teaching it and seeing familiar texts in new light.

Later, as I was looking online for post-colonial and feminist readings I thought of a conversation I had with the poet and teacher Philip Martin a long time ago. Martin taught me at Monash University and I’ve written about him here before.

On this occasion we were talking about the value of critics and I think I said that I liked it when a critic said something that I’d thought or felt, but said it in a way that I never could.

He considered that and replied that, sometimes a good critic can make you see or feel things that you could never have thought of yourself. I liked that answer, and I liked teachers who do that too.

All this made made me think again about Martin and his work. I’m the proud owner of three of Martin’s books, but they’re hard to find, and there’s not much available online.

There is an interview from In Other Words: Interviews with Australian Poets by Barbara Williams available onlinefrom Google Books and a brief biography of Martin on the UNSW site as a guide to his papers. It reads:

From 1962 Martin was a frequent broadcaster of poetry and features on Australian and overseas radio. He read poetry in Melbourne, Adelaide, Sydney, Hobart, Denmark, Sweden, Italy, Yugoslavia, England and the United States, and conducted several poetry workshops. He began publishing poems as a student at the University of Melbourne and his poems, articles and reviews were widely published in Australia, Europe and the United States in journals and anthologies. He broadcast both as a critic and poetry-reader, and wrote the scripts for several television features produced by the Australian Broadcasting Commission.

I remember Martin as a gifted, articulate, generous teacher who surprised me by revealing that poets really did live in the world.

Some scans from my books of his are below

My copy signed by Philip

Back cover of A Flag for the Wind

The cover  of New and Selected Poems (Longman Cheshire 1988)

Back cover with brief biography.

‘Bequest’, the final poem in A Bone Flute, and fitting farewell. 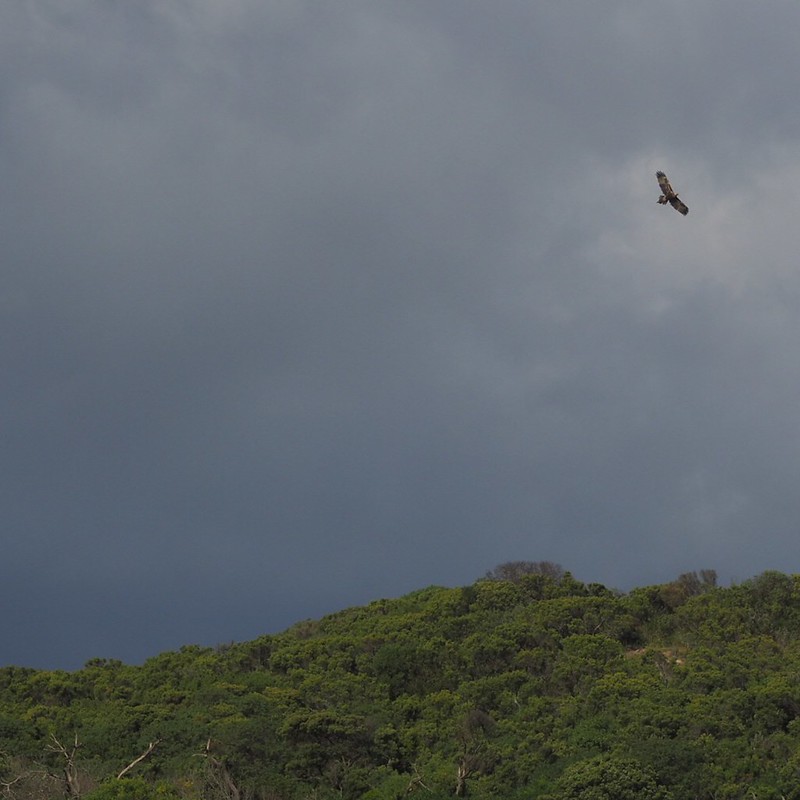 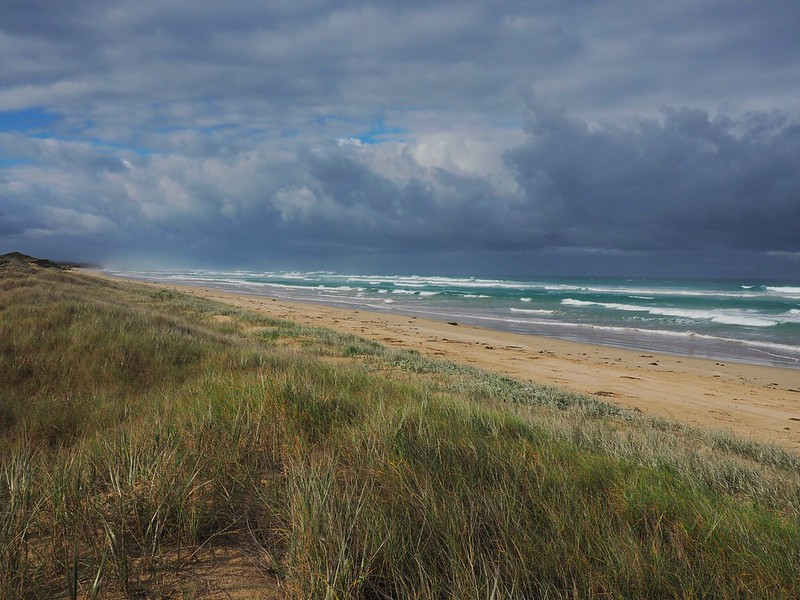 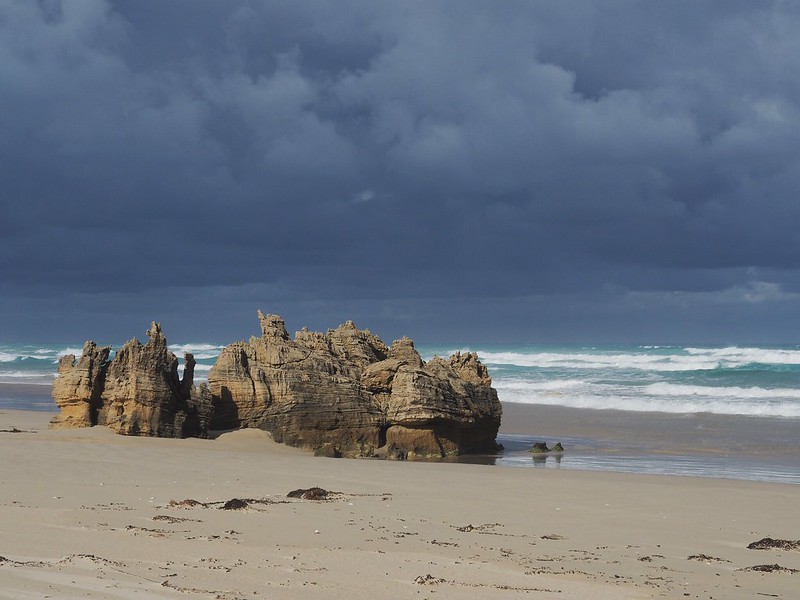 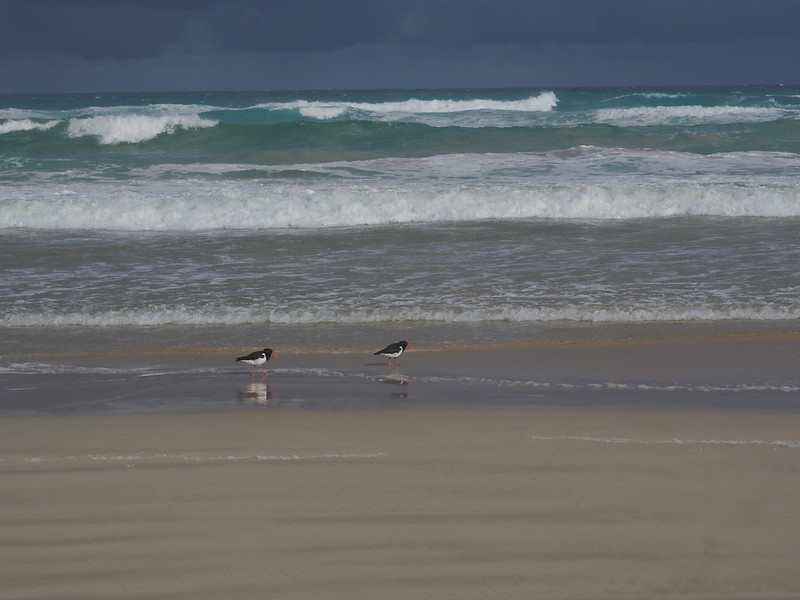 Driving back from Beechworth, via Lake Eildon, I passed this scene of stillness on a cold morning on Lake Nillahcootie. I pulled over and grabbed the camera and a moment later another man pulled behind me for the same reason. We had a conversation, mainly about the need to stop and look when you see something special, and then went our separate ways.

Here’s a couple of the photos. The trees looked to me like ink on paper, calligraphy of a kind.

Went for a walk down to look at the bay after work tonight, with a strong easterly blowing almost straight offshore from the cliffs, making the bay look cold and blue, like metal, and swirling, eddying shapes on the water as the wind rushed over the cliff where I stood.

There was a boat anchored just offshore, just where the wind would have felt a little uncontrollable, and nobody seemed to be in it. Maybe they were diving off it.

Then, walking back, I was struck by the wind high in the gum tree and the sounds the wind made as it filtered through the leaves. I took some videos on my phone and put them together.

There may even be a poem in it.