I was reading a lot about landscape again this year, and walking. And landscape and walking, preparing to walk in the Lake District and in Scotland, especially in Skye. I wasn’t disappointed.

Four Fields is an exploration four different landscapes, from the fens of England to the wind-swept aridity of the African veldt. It’s what my daughter would disparingly call ‘landscape memoir’ or I might call topographical writing. It’s beautifully written, more like poetry than prose often, and in touch with the human and the natural and with a recurring them of birds (Dee is a birder after all) My favourite landscape of the four explored was the fens, mainly because I finally got to see that landscape earlier this year, but it is all beautifully handled.

Swimming to heaven: the lost rivers of London by Iain Sinclair

This began as a monologue delivered as a speech, a pocketbook about the rivers that used to run through London, where they are now, and why they matter still. Sinclair is a poet and walker, I read London Orbital, a while ago, which describes his circular walking journey of London tracing the M1?, and loved it. This is lesser, but any lover of river literature: I’m calling them river

Amsterdam: A history of the world’s most liberal city by Russell Shorto

Travelling to Amsterdam for the first time I’m glad I read this. It’s a kind of sweeping social history of Amsterdam from its earliest founding to modern times, always with an emphasis on what it was that made this city somehow different from everywhere else in Europe, sometimes radically so.

And, I can’t leave the list-making without mentioning Walking with Wordsworth by Norman Buckley, our trusty guide to the Lake District and the only physical book I took on that trip. The walks featured all follow the Wordsworth trails and travels, and are all easily done in a day.

Gerald Murnane is difficult. Or I find him so. A beautiful purist who pretends to be exploring the writing of fiction while he’s really exploring his old themes: love, landscape, our place, that place just at the edge of the fields with the road and the sun flashing off the windscreen of a car driving somewhere. However, whereas I found his most recent A History of Books almost unreadable, I found this also strangely moving as perhaps one of our best writers, struggles to capture the uncapturable past.

The White Tiger by Aravind Adiga

I would never have picked this up to read: ‘Meet Balram Halwal, the ‘White Tiger’: servant, philosopher, entrepeneur, murderer … See. I read it because I was writing something about it for a publisher as it is coming on the Year 12 English course next year. And it was better than I thought. A first person narrative that is part thriller but mostly expose of the modern India; a place in the fulcrum of a great change: or this is what the novel says. I’ve never been to India. And there are places described here that I definitely dont’ want to visit. But, after reading this book I also feel that there’s something happening across the Indian Ocean that’s pretty interesting 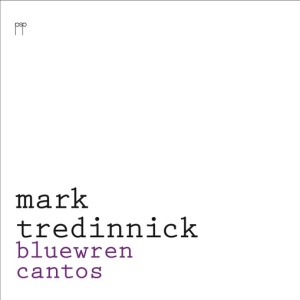 I like Mark’s Tredinnic’s poetry, an Australian poet based in NSW. He won my poetry award two years ago with Fire Diary, and this is just as good, a lovely looking and sounding collection of poems roughly connected with the ideas of birds. There’s a bit of a theme emerging here perhaps.

Topographical poetry is the NBT (next big thing) says I. Or is it pyschogeography? Hopefully. This series of poems is based on an imagine walking of the old, built over lakes and swamps of Fremantle, WA.

Just in time for Christmas shopping, my books of the  year awards!

Read the details of why I liked these, and the other contenders HERE

So, it was back to WG Sebald this week and another book, A Place in the Country. You don’t have to have read this blog the very long to know that I’m a big fan of Sebald, so anything new, after his tragic early demise, is a bonus.

Unfortunately, this isn’t a new novel, the but does Sebald even write novels anyway? They describe this book as ‘fusing biography essay, and finding, as ever, inspiration in place.’ In this text Seebaldt reflects on six of the figures who shaped him as a person and as a writer, including Rousseau, Robert Walser and Jan Peter Tripp

Like all good books, this one had me scurrying to the internet to find more about the people I was reading about, and sent me to some bookstores to order more books. I known about Rosseau and his terrible exible, but much of this text especially around Keller and Robert Walser was new to me.

But just as important for me was the way this text opened up new windows and new insight into Sebald’s own work. When talking about Robert Walsler Sebald writes: ‘I slowly learned to grasp how everything is connected across space and time … Walsler’s long walks with my own travels, dates of birth with dates of death, happiness with misfortune, natural history and history about industries…’ Sebald depicts artists, like himself, who have an interest in locality and exile. Sebald is fascinated by those who, like himself, devote their lives to literature, ‘the hapless writers trapped in a web of words’ who, in spite of everything, nevertheless ‘sometime succeed an opening up vistas of such beauty and intensity a life itself is scarcely able to provide’.

Place matters intensely for me too, but also very the ordinary detail of life that appeals to Sebald: the mundane, minute details of beauty and sadness are also here.

About that time of the year when I began to think seriously about my reading this year and what will be my Book of the Year this year.  It’s a year when I’ve begun to use GoodReads and Shelfari to track my reading and place it online as well as keeping my own lists as I’ve always done. It’s one of the things I try to encourage students I teach to do; write down the books you read. I started late at that, and I’d love to be able to look back at what I was reading as a teenager, and what I thought about it.

Shelfari is the more visual of the two. You get a realistic looking book shelf with all the covers of the books visible. GoodReads has the advantage of having an RSS feed. That’s what gives me the ‘Books I’m Reading’ widget on the front of this blog. Neither of them has resulted in me finding heaps of new reading pals online, but I guess that’s not what I was after.

As for the book of the year, I still haven’t decided but I’m going to enjoy thinking that through again. Look for the results here in the next couple of weeks, just in time for your Christmas shopping!

My book of the year awards are out and about, and you can read all about them at the link below. I sent an email around with the awards a week or so ago and got some good feedback, even some people saying there were looking forward to them, which was nice. No response from the Irish contingent though, most of whom I met over three years ago now, at Annakhmakerrig in June 2000. Maybe they’re mad that the Irish poet was a runner-up behind the American!

Warricks Book of the Year Awards