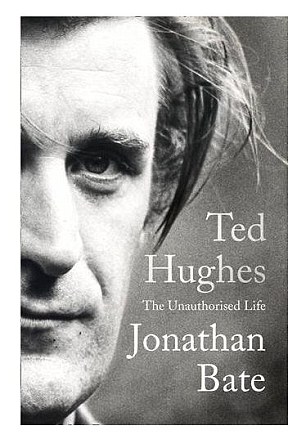 I finished the monolithic biography of Ted Hughes by Jonathan Bate this morning and thought I’d reflect on some of that. At 672 pages it’s an effort, but mostly worth it, except for some of the more arcane analysis, particularly close examinations of notebooks and notebook poems and some tenuous links between life and art.

It’s a bit of a defence of Hughes against the ‘Libbers’ and, despite the fierce instance of the value of Hughes’s work in its own right, he remains a figure connected always with his relationship with his first wife, Sylvia Plath, a connection that’s evident in both the writing and the life lived forever after.

Bate argues that the release of Birthday Letters, late in Hughes’s career, marks a freeing up moment but Hughes didn’t live long enough after that to benefit from that clarity.

As a writer I was very interested in Hughes’s own working mode, his self-scrutiny and reliance on detailed notebooks, and observations of people and nature, many of which seem like poems themselves. This is an unauthorised biography, and it seems the estate did not give Bate permission to use poems in the text, behind the notebooks quoted a lot.

Most importantly, it’s drawn me back to a poet I thought very highly of when those first books came to my attention in the 1980s, and I pulled these two down from the shelf and re-read them both. 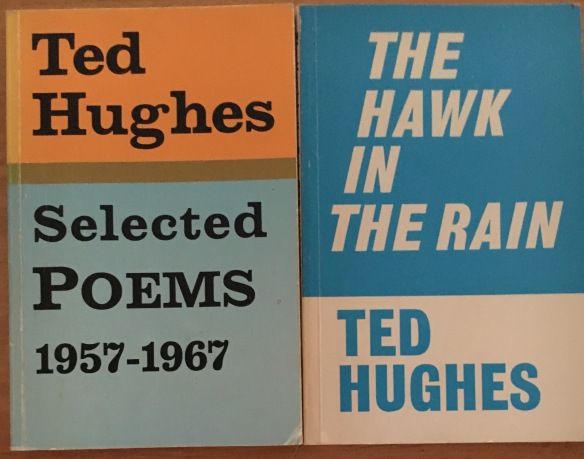 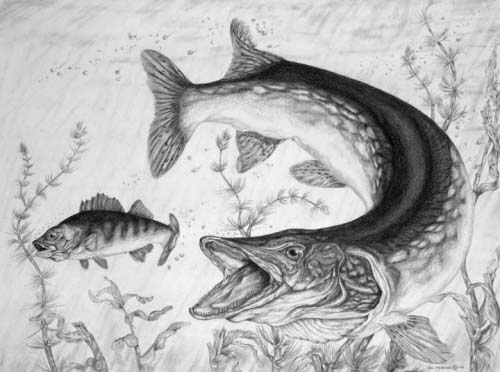 Last night I was watching the final episode of Rivers (featuring Griff Rhys Jones) which I enjoyed a lot (naturally enough) and there was a section where he was fishing for pike, and caught one. I immediately thought of visiting Ireland a few years ago and swimming in a lake near the northern border which was notorious for pike. The second thing I thought about was one of my favourite poems, ‘Pike’ by Ted Hughes, which I hadn’t read for a long time. But have again now! Funny, how one things leads to another.

Pike in all parts, green tigering the gold.

Killers from the egg: the malevolent aged grin.

They dance on the surface among the flies.

Or move, stunned by their own grandeur,

Over a bed of emerald, silhouette

Of submarine delicacy and horror.

A hundred feet long in their world.

In ponds, under the heat-struck lily pads-

Gloom of their stillness:

Or hung in an amber cavern of weeds

The jaws’ hooked clamp and fangs

Not to be changed at this date:

A life subdued to its instrument;

The gills kneading quietly, and the pectorals.

Three we kept behind glass,

And four and a half: red fry to them-

Suddenly there were two. Finally one

With a sag belly and the grin it was born with.

And indeed they spare nobody.

High and dry and dead in the willow-herb-

One jammed past its gills down the other’s gullet:

The outside eye stared: as a vice locks-

The same iron in this eye

Though its film shrank in death.

A pond I fished, fifty yards across,

Whose lilies and muscular tench

Had outlasted every visible stone

Of the monastery that planted them-

It was as deep as England. It held

Pike too immense to stir, so immense and old

That past nightfall I dared not cast

But silently cast and fished

With the hair frozen on my head

The still splashes on the dark pond,

Frail on my ear against the dream

Darkness beneath night’s darkness had freed,

That rose slowly toward me, watching.