In a year when I thought I might have read more than ever, I read only 30 books, much below my GoodReads challenge of 40. You can see the full list HERE

So, you should rightfully temper any judgements I make here with that caveat firmly in mind! Nevertheless, here’s my list:

I was surprised to feel as sad as I did when I heard the news that Barry Lopez had died on Christmas Day. I’ve valued his work over a long time but that news, coming so soon after I finished Horizon, shook me a little. Horizons is a fitting end-piece to a career of genre-defining writing about space and place. The NY Times Obituary likened him to Thoreau; what a compliment:

‘In a half-century of travel to 80 countries that generated nearly a score of nonfiction and fiction works, including volumes of essays and short stories, Mr. Lopez embraced landscapes and literature with humanitarian, environmental and spiritual sensibilities that some critics likened to those of Thoreau and John Muir.’

I hadn’t read Stegner before, and also read *Angle of Repose’ this year, but this novel seems stronger, masterly in its construction. As with all great novels I wonder at how it could be constructed by one mind. Beyond the great art of its making, it spoke to me too about friendship and a life in and around writing and reading.

Richard Ford has won my Book of the Year Awards three times, and almost won it again with this collection. A writer who keeps delivering, with a body of work behind him as substantial as any contemporary American novelist.

Weird, but wonderful. I’m always about halfway through a Murakami book and wonder, is this going anywhere? Maybe not, but the strange journey is enjoyable, and provoking.

I’ve spent the last five weeks or so travelling, in England and Scotland mainly, doing lots of walking, thinking and some writing. The walking has helped a lot, even though I’ve come back with a sore knee which I think was due to all the steps on Arhur’s Seat.

I’ll post some more about this later, but the two most memorable places for me were the Lake District, with its wonderful walking and Wordsworth connections and Skye (see below) for the sheer beauty of the landscape.

Walking in nature is refreshing, reviving, consoling and inspiring. And, even if it makes your legs sore, or because it does, so so important. 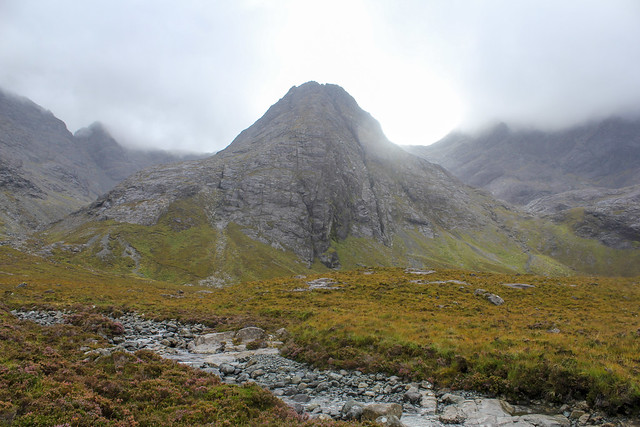 It too me a while but I just finished Bob Dylan’s Visions of Sin by Christopher Ricks; a pretty intensive literary critique of some of Dylan’s work, and its poetry. It takes the idea of sins: envy, greed, sloth, lust and also some virtues: justice, prudence, temperance, fortitude to frame a close critique of Dylan as poet.

And, ultimately, that’s what I like most about this book; that it takes the idea of Dylan as poet completely seriously and begins from that premise. Ricks has written on Milton, Keats, Tennyson, Housman, Eliot and more and he weaves that understanding into the study of Dylan’s work as well as others too, like Larkin and Wordsworth particularly.

And, like all good criticism, it took me back to the original songs/poems again. To Dylan as an ‘heir to the romanticism’ of Blake and Keats, to the subtleties such as Ricks’s favourite Dylan rhyme, ‘Utah’ and ‘Pa’ in Sign on the Window and to extended explorations of key songs such as impressive extended line by line comparison of Keats’ Ode to a Nightingale and Dylan’s Not Dark Yet which sees Dylan as a natural ‘succession’ from the Keats poem, just at Keats himself might be seen as a successor of Shakespeare’s Sonnet 73: ‘To set Dylan among the poets, there with Keats, is to give both poets their due. Not as a matter of the culture wars. But because gratitude to Dylan is at one with his gratitude to Keats. Gratitude disowns envy’. (369)

And, I wish I’d had this answer last year when I was asked by a student, for the twentieth time in my literature teaching career, ‘Do you think Shakespeare REALLY meant all this?’, about intention:

‘And then there is the age-old difficulty and problem of intention. Briefly: I believe that an artist is someone more than usually blessed with a cooperative unconscious or subconscious, more than usually able to effect things with the help of instincts and intuitions of which he or she is not necessarily conscious. Like the great athlete, the great artist is at once highly trained and deeply instinctual. So if I am asked whether I believe that Dylan is conscious of all the subtle effects and wording and timing that I suggest, I am perfectly happy to say that he probably isn’t. And if I am right, then in this he is not less the artist but more. (7)

I found new songs too; how did I miss ‘Blind Willie McTell’ all this time? In fact I’m putting a playlist together, based just on the songs that I’ve looked at freshly again from reading this book.

I see that the San Franciso Chronicle is running a competition to try to find the Top 10 greatest poets of all time. Interesting.  They have some rules too and say:

It’s a ridiculous and futile project, but those are often the most fun. I fully expect to anger many and satisfy few (myself included).

Some parameters:
* Figures like Homer, the author of the Epic of Gilgamesh, The Biblical Psalms, and other oral narratives are not eligible for this particular list. Questions of authorship are too complicated here. It’s hard to know who wrote what or how many people were involved in the final composition. So, even though this may be the most controversial part of this whole project, we’ll confine ourselves to those poets who wrote their own poems themselves.
* Poets who did or do not write in English are eligible. Though, again, issues of translation complicate things.
* Musicians have their own lists–dozens of them. So, for this project, no Bob Dylan, no Jim Morrison, no Springsteen, unless they have a separate life as a poet. Ryan Adams, for example, has published at least two books of poems. Jewel and Tupac (two sides of the same poetic coin?) have also written books of poetry. So, those works could count but their lyrics, not.

Greatest? Does greatest equal my favourites? Or historical epoch changing somehow?  My personal favourites would be quirkier and more subjective somehow, poets who’ve somehow touched me. If greatest means historically important, it’s a different list. The ‘official’ list of the Chronicle comes out in a few days but readers of this blog would not be surprised that my own personal list might include names like this:

Okay, I’ll stop there. Too many to fit into that next slot! What do you think? Is my list too modern for you? Or not modern enough? I’m looking forward to seeing how my list lines up against the final SF Chronicle list in a few days.

Two recent finds have added some new poems (and some old acquaintances) to my poetry reading lately.  Poem Flow is an Iphone application that delivers a poem a day in an interesting visual video form as well as in the traditional text format if you like.

The free version gives you 30 days of poems in including some well known old favourites from Robert Frost and William Wordsworth.  After the 30 days is up you can order more poems, another 100 or so for $1.19 or something like that, which led to my first encounter with ‘The Wooing Song’ by Giles Fletcher, a poem from the late sixteenth century that I’d never seen before, and liked a lot. It’s nice to have a new poem every day to look at, old favourites and new discoveries.

And, I also downloaded the Guardian iphone application and its very good book section, which includes a poem of the week. This week the poem of the week was an old favourite I hand’t looked at for ages: Gerald Manly Hopkins’ The Windhover.

It’s interesting to see technology connecting me with four hundred year old poems I’ve never read before, and old friends I’ve lost track of. Kind of like Facebook for poetry perhaps! Anyway, here’s the Hopkins poem, a poem that I’ve always thought of as one of the first ‘modern’ poems.

The Windhover
To Christ Our Lord

I caught this morning morning’s minion, king-
dom of daylight’s dauphin, dapple-dawn-drawn Falcon, in his riding
Of the rolling level underneath him steady air, and striding
High there, how he rung upon the rein of a wimpling wing
In his ecstasy! then off, off forth on swing,
As a skate’s heel sweeps smooth on a bow-bend: the hurl and gliding
Rebuffed the big wind. My heart in hiding
Stirred for a bird, – the achieve of, the mastery of the thing.

Brute beauty and valour and act, oh, air, pride, plume, here
Buckle! AND the fire that breaks from thee then, a billion
Times told lovelier, more dangerous, O my chevalier!

What does it mean that I’ve started re-reading books? Nearly twenty years ago, in 1990 I read Footsteps: Adventures of a Romantic Biographer by Richard Holmes and loved it and now I’m re-reading it.  Amazon describes it like this:

In 1985, Richard Holmes published a small book of essays called Footsteps and the writing of biography was changed forever. A daring mix of travel, biographical sleuthing and personal memoir, it broke all the conventions of the genre and remains one of the most intoxicating, magical works of modern literary exploration ever published. Sleeping rough, he retraces Robert Louis Stevenson’s famous journey through the Cevennes. Caught up in the Parisian riots of the 1960s, he dives back in time to the terrors of Wordsworth and of Mary Wollstonecraft marooned in Revolutionary Paris and then into the strange tortured worlds of Gerard de Nerval. Wandering through Italy, he stalks Shelley and his band of Romantic idealists to Casa Magni on the Gulf of Spezia.

I liked a lot about it: the walking, the immersion in the world of the writer, and the importance of the physical place especially as that place was mostly out of the city. When I finally got to Europe three years later I planned the family trip around following the footsteps of some of my favourite writers: Hardy country, Wuthering Heights, the modest white wooden cross that marks Dylan Thomas’s grave in Walves, Wordsworth’s Lake District, Yeats’ Irish tower, even Eliot’s church from Four Quartets at Little Gidding. It was a great journey, and it’s only now that I really appreciate what part Holmes’ book might have made in its planning.

Below, my daughters and I at Top Withins in Yorkshire, perhaps the inspiration for the house Wuthering Heights for Emily Bronte, from that journey following those footsteps in 1993